Goleta, Calif. – Sheriff’s detectives have arrested a Goleta man for an attempted murder hours after the crime occurred. On Tuesday, May 17, 2022, at approximately 8:12 a.m., Sheriff’s deputies responded to the first block of south Kellogg Avenue along with fire and medics for a stabbing that had just occurred. When deputies arrived, they learned that the suspect had fled the area and the adult male victim had been stabbed several times in the upper torso. The victim was transported by ambulance to an area hospital with serious injuries. 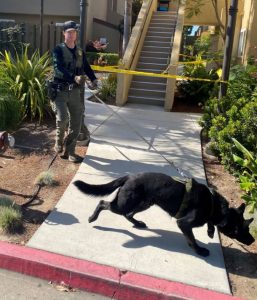 Deputies along with County Air Support and a K9 unit conducted a thorough search of the area for the suspect but did not locate him in the immediate vicinity. Sheriff’s detectives quickly began an investigation into the identity and location of the suspect. Through their investigation, detectives identified the suspect as 41 -year-old Rafael Castro Jr. of Goleta and learned that he was familiar with the victim. Detectives tracked Castro to the 100-block of Orange Avenue where he was taken into custody at approximately 11:14 a.m. without further incident. When detectives searched Castro, they found an un-serialized “Ghost” gun on his person.

Castro was booked at the Main Jail for attempted murder (felony), felon in possession of a firearm (felony), and prohibited possession of ammunition (felony). He is being held on $1,000,000 bail. The victim is expected to recover from his injuries.