Deputies conducting a traffic enforcement stop discovered a passenger in the vehicle actively overdosing and was able to administer naloxone to the passenger, saving his life. On Tuesday, April 5, 2022, at approximately 11:14 p.m., Sheriff’s Deputy Brady stopped a vehicle for traffic violations in the area of Highway 101 northbound near Dos Pueblos Canyon. During the traffic stop, Deputy Brady noticed that an adult male passenger in the vehicle was purple in the face and had labored breathing. Deputy Brady requested an ambulance respond and worked with Deputy Ramirez to quickly remove the passenger from the vehicle. Deputies believed the passenger was actively overdosing and quickly administered Naloxone nasal spray. Medics arrived shortly afterwards and took over patient care. The patient was transported to a local hospital and is expected to survive. 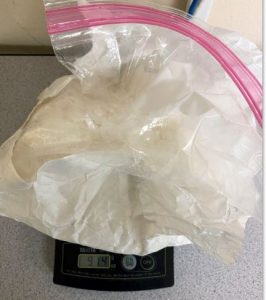 The Santa Barbara County Sheriff’s Office would like to encourage the public to call for help if they witness a suspected overdose. AB 472, California’s 911 Good Samaritan law, states: “It shall not be a crime for any person who experiences a drug-related overdose, as defined, who, in good faith, seeks medical assistance, or any other person who, in good faith, seeks medical assistance for the person experiencing a drug related overdose, to be under the influence of, or to possess for personal use, a controlled substance, controlled substance analog, or drug paraphernalia, under certain circumstances related to a drug-related overdose that prompted seeking medical assistance if that person does not obstruct medical or law enforcement personnel.”